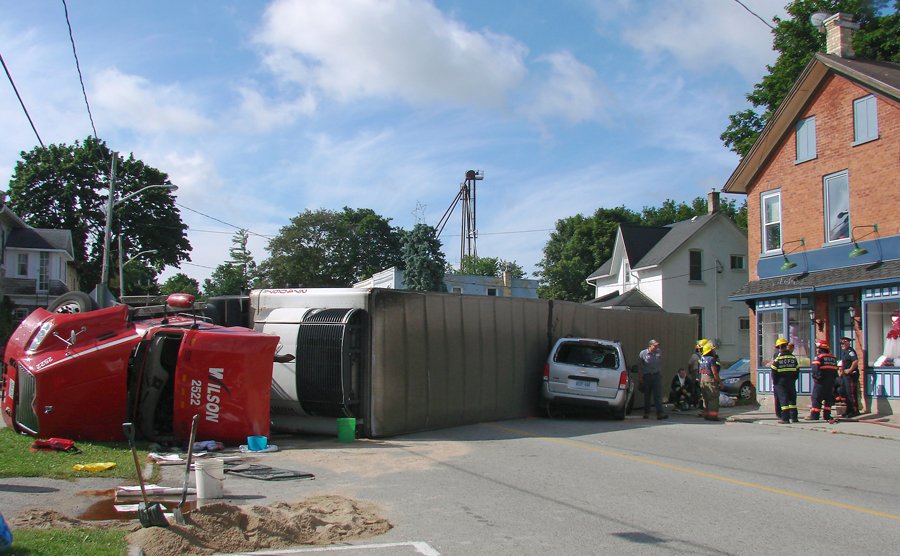 The West Grey Police Service investigated a motor vehicle collision that occurred on the main street in the Village of Neustadt during the early morning hours of August 7, 2008.

Investigation revealed that the driver of the transport truck was travelling north on Mill Street in Neustadt when he lost control of the rig in the curves at the south end of the village and rolled over. Speed was a factor in the crash. The driver was transported by ambulance to the Hanover Hospital where he was treated for minor injuries and released. The rig struck numerous objects in the village including a parked vehicle and trailer.

West Grey Police, West Grey Fire, Ministry of Transportation Commercial Enforcement, Oil Spill Control Services and Clean Up crews were all on scene. The tractor trailer was loaded with produce destined for Hanover.

The main street of Neustadt was closed for 12 hours while police investigated, clean up crews cleaned up the area and the vehicle uprighted and towed from the scene.