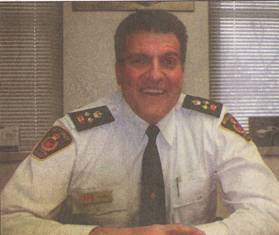 Deputy Chief Dan Rioux was appointed to the position of Deputy Chief of Police by the West Grey Police Services Board effective December 14, 2009.

Deputy Chief Rioux has been a police officer for 30 years most of which was spent with the Ontario Provincial Police. He served in a number of O.P.P. detachments the latest as an Inspector in Perth County.