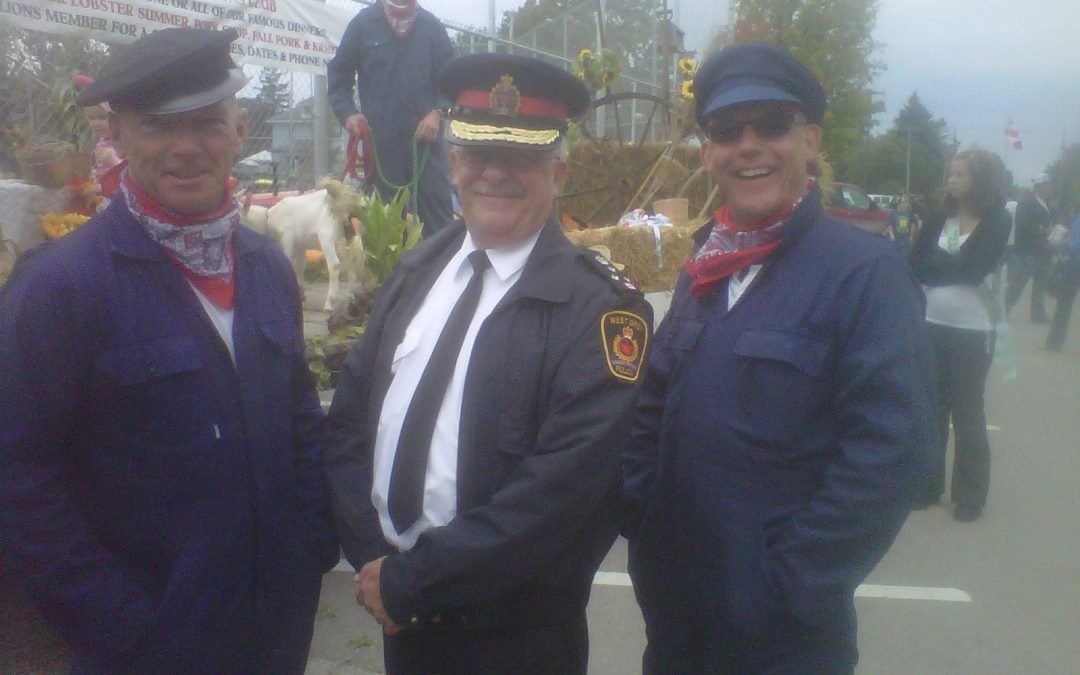 2 Officers (seen in photo) from the Netherlands spent some time with former colleagues Menno and Clema Jung in West Grey during the latter part of September.

In the photo from left to right are Co Thelosen, Chief Rene Berger and Ton Vandersman. The photo was taken at the Neustadt Fall Fair immediately following their participation in the Fall Fair Parade.