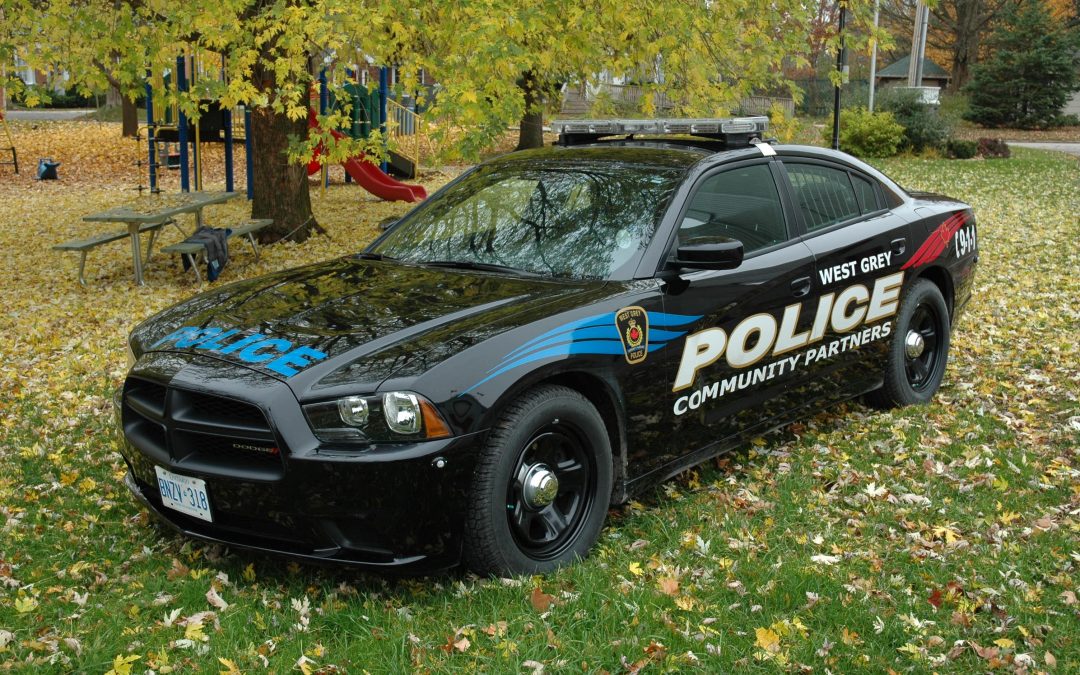 This year’s contest winner was the West Grey Police Service.

Blue Line Magazine say marked police vehicles are not transportation; they are a police service’s calling card to its community. They must be both highly visible and instantly recognizable. The most important factor in the design of the colour and graphics is officer and community safety.

Early in 2011 the West Grey Police Service decided to change to solid black vehicles for a number of reasons which included inclement weather conditions. With this dramatic colour change it was felt the graphics also had to be changed. Working with a graphics artist from Image Wraps and trying several options, the agency unanimously decided on the design seen in the photograph.

Finalists for each year’s contest are selected by a panel of editors at Blue Line. Finalists are judged on a scale of awarding points for creativity, visibility, readability and community identity. They also look at the directionality of the design; one should be able to tell at a glance which direction the car is facing, day or night.

Contest winners are also recognized at a dinner held at Blue Line’s Annual Trade Show held in April of each year in the Greater Toronto Area.