On April 23, 2016 at 10:11 a.m. police were dispatched to a head on collision between a pick up truck and an SUV on Grey Road 12 in the former Glenelg township.  The driver of a black Chevrolet pickup truck who was responsible for the collision had fled the scene on foot.   The 54 year old Meaford resident who was driving the SUV was transported to Markdale hospital where he was treated for minor injuries and released.

The owner of the pick up truck subsequently reported the vehicle as being stolen.   This collision remains under investigation and anyone with information about it is asked to contact the West Grey Police Service or Crimestoppers. 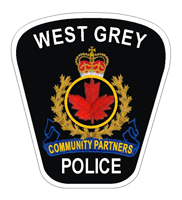