On June 5, 2016 at 4:45 a.m. two males were walking along Baseline in Bentinck Township after a prom party and were assaulted by 7 males in a silver Jeep. Both males sustained head injuries. Anyone with information concerning this assault is asked to contact the West Grey Police Service or Crime Stoppers.

On June 10, 2016 a break and enter was reported to a shed on Countess St. N. in Durham. A Dewalt shingle gun was stolen.

Between June 4 and June 11, 2016 a recreational trailer was forcibly entered on Concession 6 in Glenelg Township. Nothing was reported as being stolen.

On June 11, 2016 at 4:50 p.m. a 25 year old West Grey resident was arrested at a Victoria St. residence in Ayton after he assaulted another resident. The victim was taken by ambulance to the hospital in Hanover with head trauma. The accused was charged with assault cause bodily harm, threatening and breach of probation. He was held for a bail hearing. 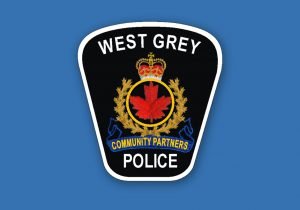