On Friday April 3, 2020 West Grey Police responded to a 911 call at a residence.  Upon arrival police found the owners of the residence in a confrontation with a male party.  Further investigation determined the male party had attempted to steal multiple vehicles from the property and break into the owner’s residence.  During the confrontation the male suspect caused bodily harm to the property owner.  Stephen Paul Kelman, 37, was arrested and charged with break and enter, attempt theft, assault causing bodily harm possession of fentanyl and failure to comply with a probation order.  He was held for a bail hearing and remains in custody.

On April 4, 2020 West Grey Police officers were advised of a break, enter and theft at a residence in Durham. The lock was cut off a garage and two summer tires were stolen sometime in the past two weeks.

On April 5, 2020 WGPS responded to a break and enter in progress on Grey Road 3.  Two vehicles, one a Red Honda Civic with a smashed passenger side window and the other a black Honda Civic with  damage to the passenger side of the windshield fled the scene when the property owners interrupted the vehicle occupants who had broken into the residence.  The male driver of the red Civic is described as a 30ish white male with a slight build and short hair. The Red Civic almost struck a cyclist while fleeing.  The responding officer was able to position his cruiser between the vehicle and cyclist preventing injury to the cyclist and the vehicles both took off southbound on Grey Rd 3 . One of the vehicles was spotted west bound on Bruce County Road 4 a short time later and OPP were advised to BOLO for it.  If you have information about this crime, please call Crimestoppers at 1-800-222-TIPS or West Grey Police at 519-371-6911.

On April 4th West Grey Police were advised of the theft of a Honda 3 wheeler from a property on the Northline.  The 3 wheeler was stolen from a shed sometime in the past two weeks.

At around 10 pm on Sunday April 5, 2020 police were called to attend Heritage Corner Variety store after a backhoe struck the building and left the scene.  Police attended and observed the window was smashed out and there was damage to the interior of the store.  The suspect backhoe left the scene travelling west bound on Durham Rd West  toward Grey Road 4.  Police located the vehicle on Grey Rd 4 and the ensuing  pursuit of the vehicle, which involved officers from West Grey, Hanover and three OPP detachments, covered several roads in West Grey with the backhoe nearly striking cruisers and damaging property along the way. The pursuit ended after an hour and a half when the suspect drove the tractor into a field and fled on foot. Police located the male hiding on the ground and he was taken into custody after a brief struggle. Donald VanZeyl, 38, is facing numerous charges including break and enter, mischief, possession of stolen property, flight from police, assault with a weapon, driving while disqualified and assaulting a peace officer.  He was held for a bail hearing and remains in custody.

On April 8, 2020 a RBC employee contacted West Grey Police after she observed a person suspected of fraud entering the CIBC at 106 Garafraxa St N in Durham.  West Grey Police attended and took the suspect into custody.  He was found in possession of false identification and investigation revealed he had perpetrated frauds in West Grey, Listowel and  Elmira.  He was charged with multiple fraud related offences and held for a bail hearing.

On April 8, 2020 West Grey Police were notified of a theft from a building site in Durham.  The owner  was able to retrieve all his stolen property without police involvement.  The culprits were identified but no charges were laid at the request of the complainant.

On April 8, 2020 West Grey Police were notified about a suspicious vehicle on Concession 4 NDR.  The vehicle driver was coming to the door of farms and residences asking for gas.   An alert homeowner was able to obtain the license plate of the suspicious Dodge Journey and it was determined the vehicle was stolen.  Officers patrolled the area but were unable to locate the vehicle.  Please be vigilant and note the license plate and description of any vehicles you see acting suspiciously. 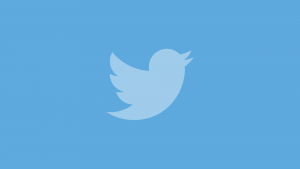