On April  9th 2020 West Grey Police received a call from a resident advising a male had broken into their residence and their detached garage. The homeowners were able to  provide a description of the male and the vehicle he was operating. They believed numerous tools and a .22 c1libre rifle and ammunition to also have been stolen. Police were able to locate  the vehicle on Mulock Road and safely make an arrest of a lone ma le without incident. .Further investigation revealed the black Dodge Journey had been reported stolen from Teeswater. A 29 y/o  Walkerton male has  been arrested and charged with possession of property over S5000. break and  enter, possession of break in instruments and possession of counterfeit money. .The male was already facing previous charges and was held in custody pending a bail hearing. This investigation is on-going, WGP  asks residents in the Bentinck. area to check your properties and contact our office if you arc m i  sing items that may have been stolen over the past few days. 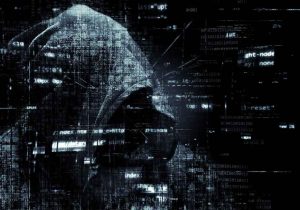 On April 11, 2020 West Grey Police officers conducted a traffic stop in Durham.  It was determined there was no insurance on the vehicle and the plates attached were not authorized.  Subsequently the driver admitted to having meth on his person.  The vehicle was towed and the male from West Grey was charged with Possession of a Schedule I substance. Driving without insurance and using unauthorized plates.  He was given a court date and fingerprint date and released at the scene.

On April 11, 2020 an alert citizen witnessed someone throw garbage off the bridge into the river on Grey Road 9.  The complainant was able to relay the make, model and colour of the vehicle along with the correct license plate.  Armed with this information officers located the culprit, issued him a ticket under the Provincial Offences Act and returned his garbage to him for proper disposal.

West Grey Police Service fielded a number of COVID-19, EMPCA complaints this week.  One ticket was issued  under the EMPCA to a party found at an SVCA owned parkland.

On April 15, 2020  West Grey Police were advised that a resident responded to a Kijiji ad for a puppy and e-transferred a deposit to the seller.  The seller then ceased communicating with the potential buyer.  This is a common fraud and the West Grey Police Service strongly advises that buyers do not send deposits without thoroughly vetting the seller and viewing the purchase in person prior to providing deposits or paying for items.  With the COVID-19 restrictions in place these types of fraud are on the rise.  This particular fraud is still under investigation.

On April 11, 2020 West Grey Police were alerted to visible smoke at a property on Grey Road 10.  Officers attended and educated the property owner about the current restrictions on open burns.

On April 16, 2020 West Grey Police responded to a reported theft from a local business,  Four aftermarket tires on rims were stolen.  The matter is under investigation.

On April 17, 2020 a resident of Durham reported her vehicle’s windshield had been smashed.  This incident is under investigation.