On July 17, 2020 West Grey Police responded to a mischief report.  A resident on Albert St S in Durham reported that unknown culprit(s) had keyed his vehicle sometime between July 16 and 17, 2020. The next day another resident at the same address reported that a outside cable providing internet service to the residence appeared to have been severed.  If you have any information regarding these acts of mischief, please contact Crimestoppers at 1-800-222-TIPS or the West Grey Police Service 519-371-6911.

West Grey Police continues to receive reports of smashed mailboxes in the municipality,  If located, the culprits will face criminal charges of mischief.

On July 20, 2020 West Grey Police responded to an address on Sideroad 30 North where a 2018 Caterpillar Tractor Loader and blade attachment were reported stolen.  The theft of this expensive equipment occurred sometime between 5:00 p.m. om July 17 and 07:30 a.m. on July 20, 2020.  If you have any information about this crime please contact Crimestoppers or West Grey Police.

On July 18, 2020 a  West Grey Police officer was patrolling Grey Road 3 when he came upon a vehicle in the ditch.  The 21 year old female driver was given a roadside screening test and failed.  She was arrested and transported to the Hanover Police station where tests revealed she had double the legal amount of alcohol in her blood.  She was released from custody, issued an automatic 90 day license suspension and will appear in court in October to answer to an impaired driving charge.

In the early morning hours of July 19, 2020 West Grey Police responded to a domestic dispute on Road 49.  Investigation led to charges against a 57 yr old female.  Charges include Possession of a Weapon for a Dangerous Purpose. Careless Use of a Firearm and Mischief under $5000.00.  The female was released with conditions and will appear in court in October to answer to the charges.

On July 23, 2020 at approximately 10:00 p.m. West Grey Police observed a vehicle travelling at 141 kms per hour in a 80 km per hour zone on Grey Road 9.  A traffic stop was conducted and the 49 year old driver from Ayton was charged with stunt driving.  The male party’s drivers  license was suspended automatically for seven days and his vehicle was impounded for seven days as well.  He was issued a summons to appear in Provincial Offences court to answer to the charge. 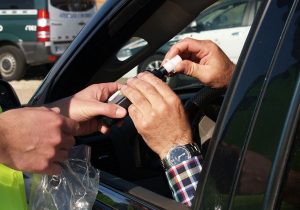