Sometime between 2 p.m. August 22, 2020 and 7 p.m. August 23, 20202 unknown culprits broke into a residence on Lambton St W and made off with a substantial amount of property.  The thieves also stole items from a garage at the residence.

On August 20, 2020 West Grey Police were advised that a locked bicycle was stolen from a site in the Durham Conservation Area.  Photos are available on our website.  The owner of the bike relies on it for exercise as walking is difficult for him.  The bike may have been spotted near  Tim Hortons in the evening on August 20, 2000 but was gone before police could arrive. If you have information about this theft, please contact Crimestoppers or West Grey Police. 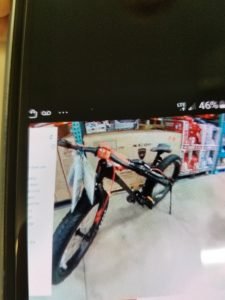 On August 23, 2020 just before 1:00 a.m.  West Grey Police on patrol in Ayton observed a bicycle being driven with no lights.  Police stopped the bicyclist and it was discovered that the male was on conditions related to charges laid by the Hanover Police to be in his residence in Hanover between the hours of 11:00 p.m. and 6:00 a.m. every day.  He was charged with breaching the condition and will appear in court in October to answer to the charge.

On August 25, 2020 West Grey Police responded to a domestic dispute. Investigation revealed a 33 year old female assaulted her common law partner and she was arrested, charged and released with conditions.  She will appear in court in November.  While at the residence it was determined a 47 year old male was in possession of weapons contrary to a firearms prohibition order and he was charged with multiple offences.  He too was arrested, charged and released with conditions.  His court date is also in November.

On August 25, 2020 West Grey officers on patrol observed a male acting suspiciously at a West Grey business.  The male was riding a dirt bike determined to be stolen from Waterloo region.  The male was arrested and subsequently identified as a person wanted for breaching the terms of a conditional sentence order.  The 31 year old from West Grey has been charged with Possession of Stolen Property and was held for a bail hearing.  He remains in custody at the time of writing.

On August 26, 2020 West Grey Police were advised that a male party from the Espanola area attended the Royal Bank in Durham and attempted to pass off four counterfeit US $20.00 bills.  There have been similar reports of counterfeit US bills being passed in surrounding communities.  The incident in West Grey remains under investigation. 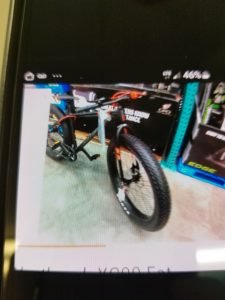