On August 31, 2020 a resident of West Grey reported a break in to his home. A number of collectible hockey cards, a laptop and a cell phone were stolen.  Investigation led to information about a male party breaching conditions of a current release and a warrant for a 29 year old male from Stratford is being issued.

The male is also being investigated as a suspect In the break and enter.

West Grey Police Service is investigating a fraud perpetrated on an 79 year old West Grey man by someone impersonating a Facebook friend to gain his trust. The victim lost $3500.00 in this fraud.

On Friday August 28, 2020 West Grey Police were advised that sometime overnight on the 27th unknown vandal(s) spray painted anti-police messages on the Heritage walkway bridge.  Other profane messages were also spray painted on the bridge and on Saddler Street East in Durham near Albert Street.  If you have any information about these crimes please contact Crimestoppers at 1-800-222-TIPS or West Grey Police at 519-371-6911.

On August 30, 2020 West Grey Police were notified by West Grey firefighters that a vehicle was on fire on Allan Park Rd.  The vehicle was completely destroyed but was identified as an older model Mitsubishi Eclipse.  An older model Eclipse had been reported stolen from Hanover on the same day.  Police are trying to determine if it is the same vehicle and the investigation is continuing. 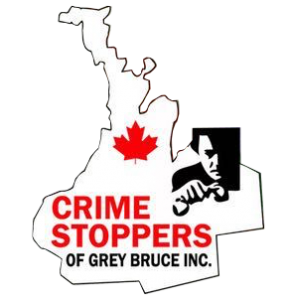