On October 13, 2020 West Grey Police officers were advised that sometime on October 10, 2020 unknown person cut the gate lock on a property on Conc 2 EGR and an outbuilding was entered. The following items were stolen: 4 Ford pickup wheels chrome 5 bolt  “Harley Davidson  edition” with used Pirelli Scorpion tires 275/55/20, approximately 200 feet of heavy gauge used electrical wire originally powered the house from the road and a small used in-floor heating system pump and pressure tank.  If you have any information about this crime contact Crimestoppers or West Grey Police.

On October 9, 2020 unknown culprit(s) entered an unlocked greenhouse at an address in West Grey.  It is suspected the parties were looking for mature marijuana plants but found vegetables instead.  None of the vegetables were taken. 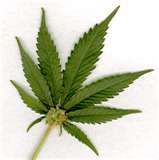 On October 11, 2020 West Grey Police were contacted by a concerned citizen advising that an assault had taken place at an address on Grey Road 3.  Police responded and took a statement from the victim.  A warrant has been issued for the accused and West Grey Police is actively looking for the 36 year old male.

On October 14, 2020  a West Grey Police located a Walkerton man unconscious behind the wheel of a vehicle awkwardly parked in a Durham laneway.  The officer suspected the male was under the influence of drugs and when he awoke and was searched subsequent to arrest  methamphetamine was located on his person.  The man was transported to the station, charged with Possession of a Schedule I substance and released with conditions.  His first court date is in December.

There were two reported vehicle thefts from West Grey residences over the weekend.  In both instances the vehicles, a Kawasaki Ninja 500 and a Dodge van, were recovered.  If you have any information about either of these vehicle thefts please contact Crimestoppers at 1-800-222-TIPS or West Grey Police Service at 519-371-6911.

On October 13, 2020 Hanover Police officers located a 40 year old male who was wanted by the West Grey Police Service for Mischief under $5000.  He was arrested and released with conditions,  His first court date is in November