During the past week West Grey Police officers have responded to a number of car vs deer collisions in the Municipality.  The deer population is on the move at this time of year and we encourage drivers to be watching for deer, particularly around dawn and dusk. 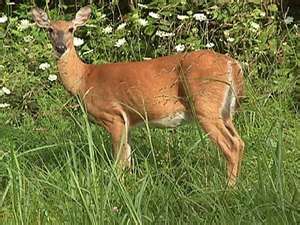 On October 27, 2020 a West Grey officer attended an address on Grey Road 3 after family members expressed concern for  the safety of a female resident.  The officer found a 36 year old Kincardine man on the property and investigation revealed he was on conditions not to be there after having been charged with assaulting the female resident.  Officers arrested him and then made contact with the 38 year old woman in the residence.  She disclosed that the man had assaulted her again and she had obvious injuries.  The male was transported to the West Grey police station and held for a bail hearing, charged with assault and breaching conditions of an undertaking.  A bail hearing was held on the 28th and bail was denied.

On October 27, 2020 shortly after twelve noon West Grey officers responded to a possible domestic dispute in Durham.  A 25 year old male of no fixed address fled the scene before officers arrived.  A 24 year old female advised she had been assaulted and officers began searching for the assailant.  He was located a short time later, taken into custody and charged with Break and Enter, Assault and Breaching the conditions of a Release Order.  An outstanding warrant charging him with two counts for Breaching Conditions was also executed. He was held for a bail hearing on the 28th and bail was denied.   Both this man and the 36 year old from Kincardine were transported to Central North Correctional Centre.

The owner’s wallet containing ID and banking cards was in the vehicle at the time of the theft.  Anyone with information about this theft is asked to call Crimestoppers at 1-800-222-TIPS or West Grey Police at 519-371-6911.