On November 2, 2020 West Grey Police were notified that the Ford F150 reported stolen on October 29, 2020 from Glenelg Rd 23 had been located in Tara.  The vehicle was towed to the West Grey station for evidence processing.  Investigation into this theft continues.

There was a rash of stolen vehicles in the area over the past week.  A red 2005 Polaris ATV was stolen from an address on Concession 4 in the former Glenelg township sometime between October 29th and 31st.

A grey 2006 Chev Silverado pick- up truck was stolen sometime on October 30th or 31st from a rural farm property on Concession 8 in the former Normanby township.  Both thefts remain under investigation.  Additionally there were three vehicles reported stolen from other police jurisdictions abandoned in West Grey over the past week.  If you have any information about the cases please contact Crimestoppers at 1-800-222-TIPS or West Grey Police at 519-371-6911.

On November 2, 2020 a vehicle was stolen from the Tim Hortons’ parking lot in Durham.  A suspect was identified and the vehicle was located about four hours later.  A 27 yr old female from Durham faces charges of Theft of Motor Vehicle, Dangerous Operation of a Motor Vehicle and Driving while under suspension. She will appear before the courts in January to answer to the charges.

On November 1, 2020 West Grey Police responded to a drug overdose on Garafraxa St in Durham.  Officers administered Naxalone to a 23 year old female from Hanover and she was transported to hospital by EMS once she regained consciousness.

On November 1, 2020 a resident on the 12th Sideroad in the former Bentinck township observed a Green Polaris ATV travel past his place at a high rate of speed.  He then saw a dark grey Cadillac exit his neighbour’s property which knew to be gated.  He investigated and found the lock to the property cut.  The property owner was contacted and police were called.  The ATV had been stolen from the property and 2 chainsaws, 5 game cameras and a toolbox were also stolen.  Anyone with information is asked to contact Crimestopper at 1-800-222-TIPS or West Grey Police at 519-371-6911.

West Grey Police were also alerted to three separate frauds perpetrated against residents this week.  One involved the purchase of a pet and two involved personal information being disclosed to perpetrators posing as RCMP officers.  Another resident was targeted by people posing as Hydro One representatives but suffered no loss.  The public are encourage not to send money to or persons or businesses unless you know them to be registered and reputable and not to disclose personal information over the phone without verifying the legitimacy of the request. 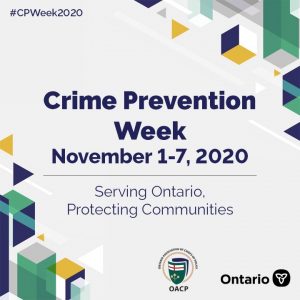