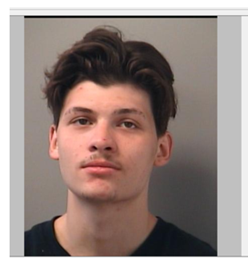 On January 12, 2021, the West Grey Police Service received a call for a break and enter in the former Township of Glenelg. A homeowner returned to his residence to find the suspect had entered his home. The suspect threatened the property owner with a machete before stealing a quantity of property.

The West Grey Police recovered a stolen vehicle abandoned in the former Township of Bentick later that day. After abandoning the stolen vehicle, the same suspect entered another residence and again threatened to harm the homeowner with a knife. The suspect stole that resident’s vehicle and fled the scene. The second stolen vehicle was located in Owed Sound that same night.

The West Grey Police Criminal Investigation section members identified the male suspect, and an arrest warrant has been issued for:

Randall CONNELL 19 years of age of no fixed address.

1)  Break and enter to commit the indictable offence of theft.

2) Break and Enter to Commit the indictable offence of Robbery

3)  Uttering threats to cause death or bodily harm

6)  Possession of Property Obtained by Crime Over $5000

Any person knowing the whereabouts of Connell are asked to contact: