During the week of April 15 -22, 2021 the West Grey Police Service responded to 88 total calls for service.

On April 16, 2021 West Grey Police were called to an address on Highway 6, Normanby after receiving an assault complaint.  The suspect had fled but was located by officers a short time later.  A 32 year-old female of No Fixed Address was arrested and charged with Assault and Mischief.  She was processed and later released.  She will appear in Walkerton Court at a later date.

On April 22, 2021 West Grey Police and West Grey Fire Department along with Grey Paramedics responded to a 2 vehicle collision at the intersection of Maplewood Road and Concession 2 WGR.  One involved person suffered internal injuries and was airlifted by Ornge to London Medical Centre.  Investigation is ongoing with charges pending.

West Grey Police responded to 12 COVID 19 related calls for service the past week.

Ontario is in COVID-19 “Lock Down Response” framework. Learn more about what this means for you. 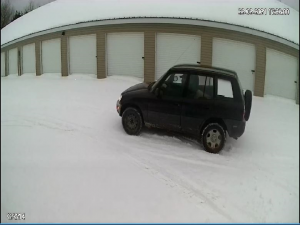 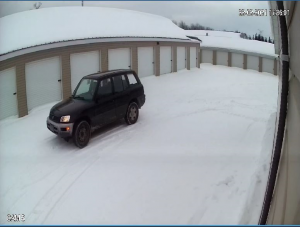 Case File GR21000845 – March 27, 2021.  A theft of snowmobile trailer took place on Mulock Road, Bentinck, West Grey.  The trailer was later recovered by OPP.  Police are attempting to identify the suspects and vehicle in this matter.  ** Truck has very distinguishing hood ** 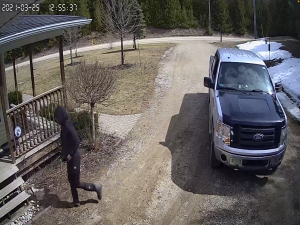 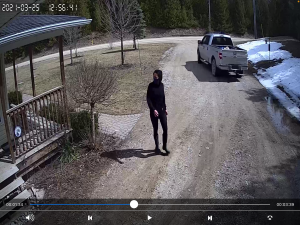 VIN 4X4TPUC24EP046789 was stolen from a Campground Resort in Normanby, West Grey.  Police are seeking assistance in locating and recovering this property. 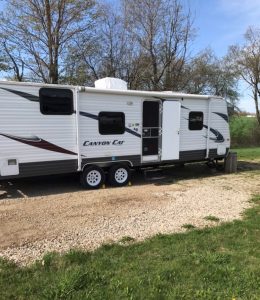 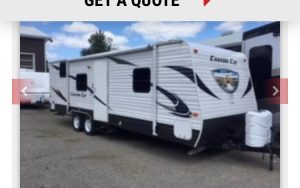 If have any information on any crime or the whereabouts of any of the property or wanted person you are asked to contact the West Grey Police at 519 369 3046 or Crime Stoppers at 1 800 222 TIPS – You may be eligible for a cash reward!